German brands like Mercedes-Benz are known for quality products and luxury appeal to the loyal fans around the world. At the same time, they face challenges to stay ahead and appeal to new and younger consumers—especially in a market like South Korea where societal, cultural and even generational shifts take place at a rapid speed.

Since 2006, PLATOON has established a broad network of marketing and creative professionals in South Korea with a core mission of cultural development, as well as engaging with a vibrant world of local artists, trendsetters and sub-culture players. Based on this these experiences, PLATOON has successfully launched campaigns and events for brands such as Adidas, Nike and Volkswagen.

Last July, PLATOON embarked on a partnership with Mercedes-Benz to tackle this challenge of glocalization of the brand, or finding a way to make a locally sensitive and inspiring approach while simultaneously maintaining the brand’s core philosophy: “TheBest.” We first conducted extensive market research of both qualitative and quantitative insights. We analyzed big data and conducted an online survey of 1,000 people on their perceptions of imported German car brands. The qualitative methods included the consumer psychographic analysis (ZMET) and PLATOON’s own socio-cultural trend analysis (PIL). 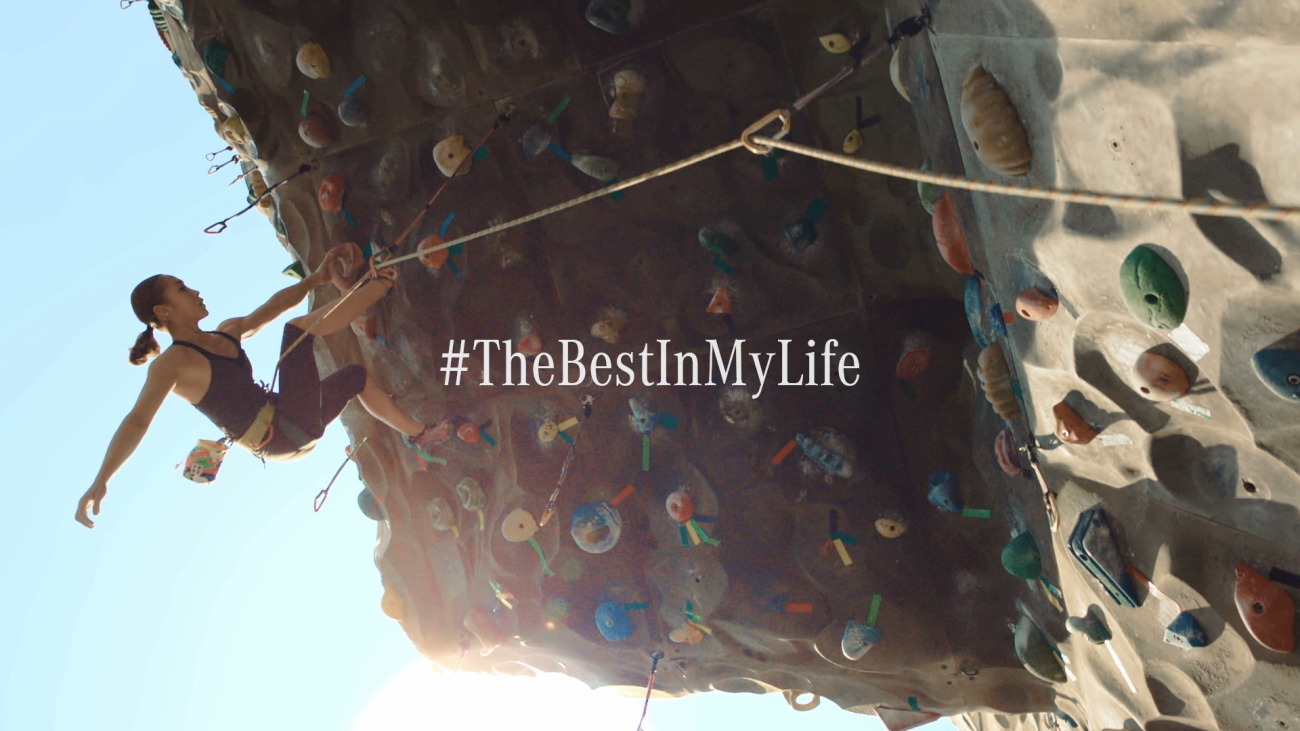 A still from the video about the world champion climber Jain Kim, who says that the best in her life is the feeling of ascent one hole at a time and the fear in her going away.

Based on this research data, PLATOON COMMUNICATION identified the trends of Korean society beyond the scope of the automotive industry. We learned that Mercedes’"The Best," didn’t strike a chord with young Koreans as effectively as it did in the Western context. Our target group of younger Korean consumers had the perception of"The Best," as the highest premium product that is unreachable for them. This new breed of young people, an age group from the late 20s to the early 40s identified as the Progressive Modernists, have independent mindsets. They tend to prioritize life values such as pleasure and experience to live in the moment, as opposed to material success,stability and sacrifice for future, which are ideals for their parents’ generation. In order to make the brand more relatable and tangible to this target group without questioning "TheBest," we personalized the message to, “The Best In My Life.”

REPOSITIONING OF THE STAR

We introduced the brand ambassadors representing the Progressive Modernists,ranging from a female world champion climber and a hip oriental doctor to a single-mom baby photographer and the second-generation fashion designers who celebrate their Korean heritage. By featuring their life stories together around the emotional values that are commonly cherished by these progressive models, such as pursuit of pleasure and personal expression, it inspired and resonated with the general audience at an emotional level and ultimately helped them link to the brand. 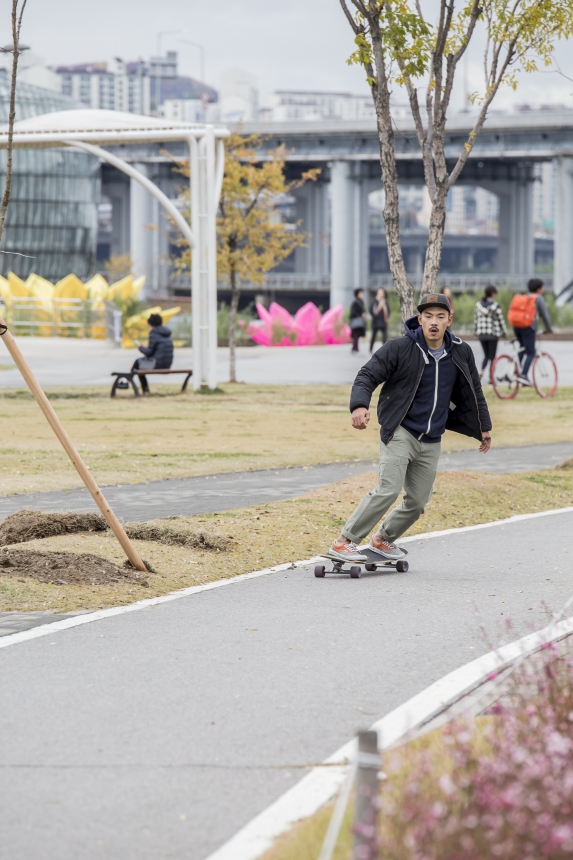 Dr. Michael Hong is a 37 year-old oriental medicine doctor who embraces both Western science and Eastern philosophy in his practice. His motto is, "Do everything to do one great thing," the reason he also explores various fields of sports, art and cooking.

Then, PLATOON produced and delivered content via various channels and formats—such as short films on YouTube, photo essays on Facebook and Instagram advertorials. This September, Mercedes-Benz Korea presented the story of its first ambassador, Jain Kim, the world champion climber. The first video reached nearly 850,000 viewers in two weeks. By seeing, feeling and reading about what is "The Best"in her life, the fans responded to the campaign by sharing their experiences of#TheBestInMyLife on different social media channels.


Even in the midst of the campaign series, we have received honest reactions from the fans who were inspired by the story of Jain Kim, expressing their engagement with the stories in a more emotional and personal way. The campaign has shown and reminded us of the importance of reflecting local values and emotions in addition to strong storytelling strategy in today’s marketing. 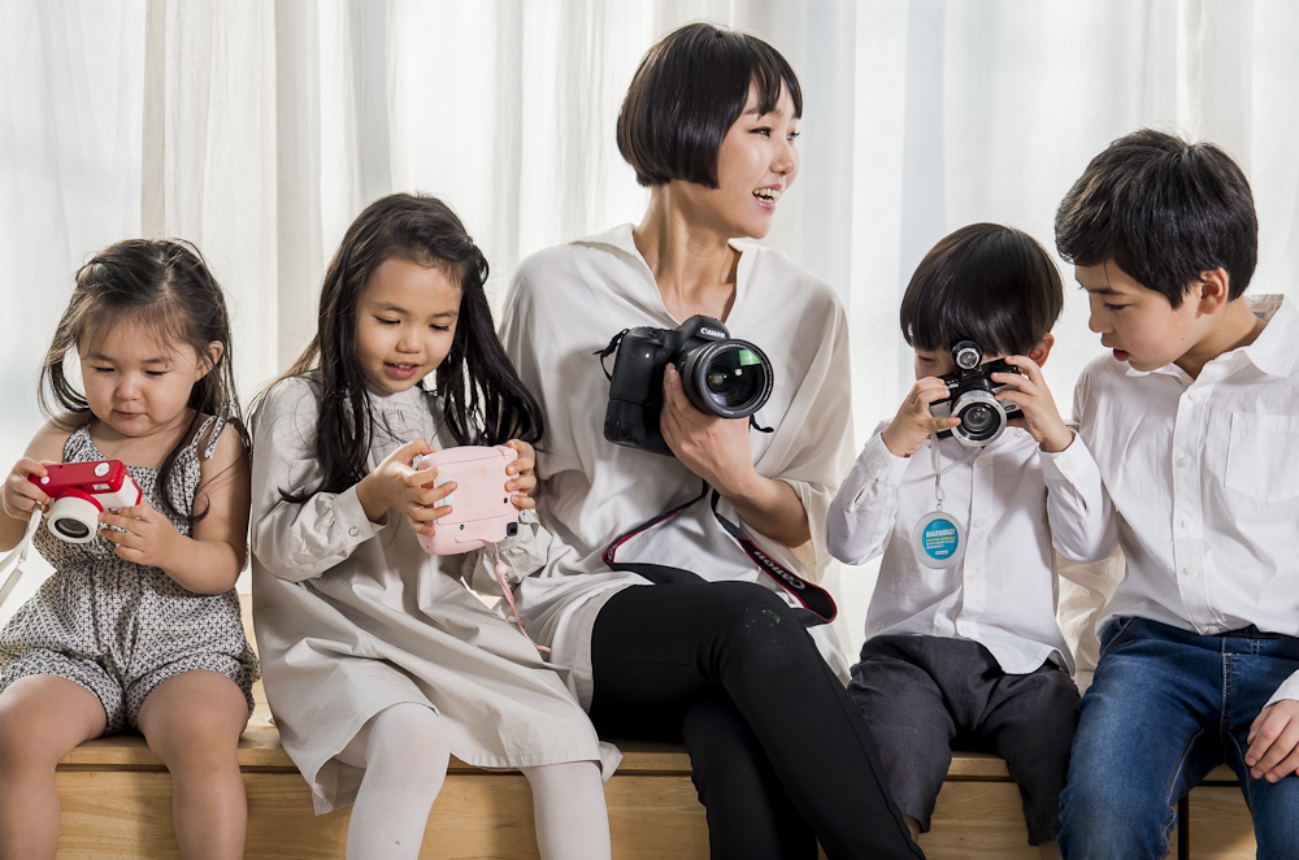 May Kim, baby photographer, says the best part about the job is when families feel happy and connected through their photos.

Marked by the dominance of locally spawned brands, Korea presents a complicated riddle for global brands that desire to stay competitive in the country. And in communicating with the new breed of taste makers, PLATOON’s strong network of artistic and creative minds helps commercial brands tap into the market and connect with the local audience: glocalization.
event
MUSIC / ARTS
event
MUSIC
campaign
COMMUNICATION
campaign
COMMUNICATION