Art has fed protest and revolution for many centuries, but Marco Wilms’ award-winning documentary Art War has made the link feel particularly urgent.

The German filmmaker—who grew up in East Germany and lived through his own country’s revolution with the fall of the Berlin Wall—spent two and a half years with Egyptian street artists immediately following the ousting of Mubarak in the beginning of 2011 until the downfall of Morsi and the Muslim Brotherhood in summer of 2013. He served as a one-man guerilla film crew during these years of riots, accompanying and interviewing the young street artists, musicians and writers who lived the revolution. 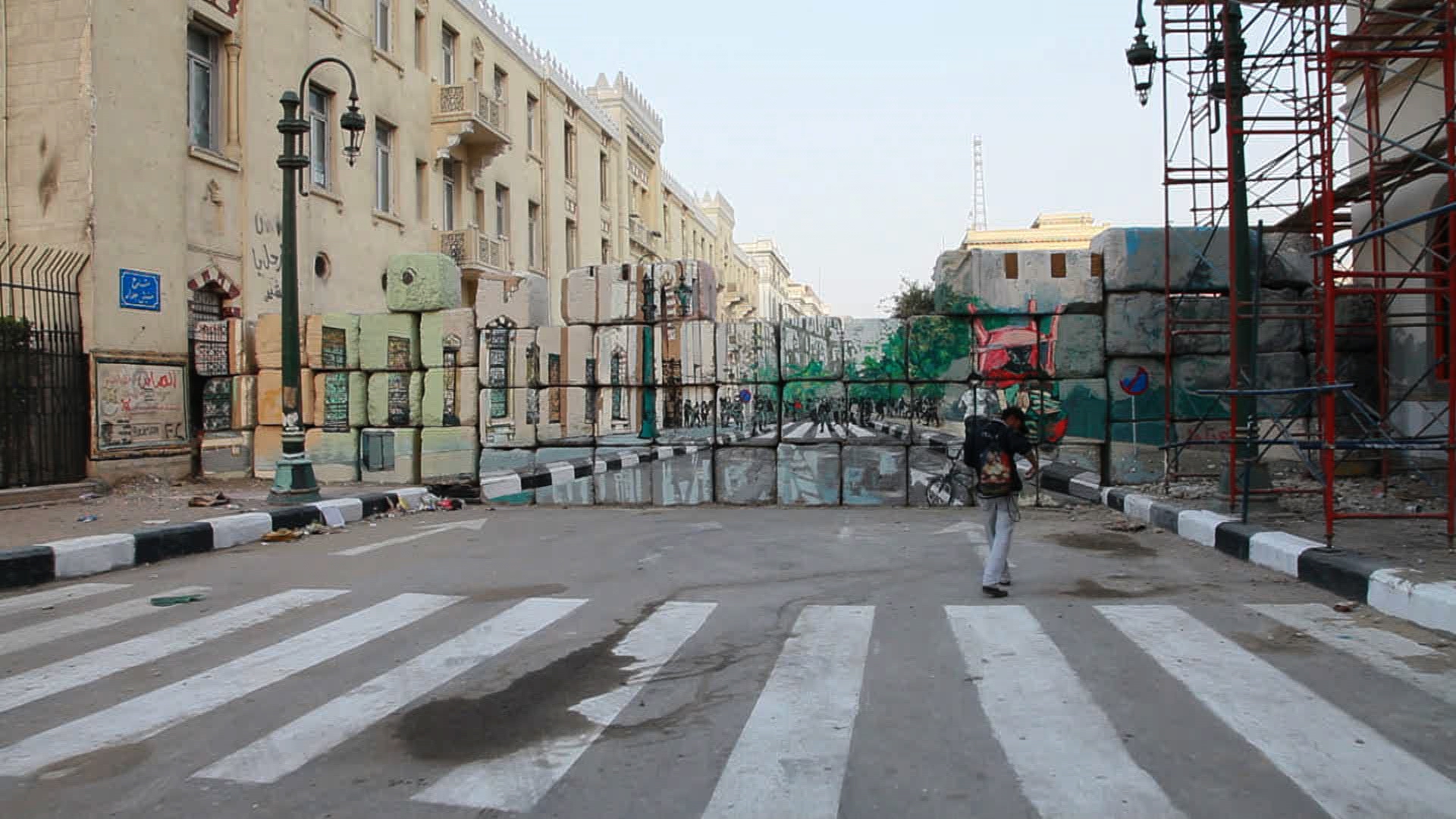 With their No Walls project, artist Ammar Abo Bakr and friends made the new walls surrounding the Interior Ministry disappear.

Art Wars is significant because it documents both turbulent times and an under-reported creative culture in a sometimes isolated society. Seeing the artists inaction—honoring martyrs in paint, performing, facing the social conservativeness and fundamentalism of their own countrymen, in the midst of battle—reveals their belief in and dedication to their cause as well as their craft.They risk severe punishment and even death: one musician was tortured as are volutionary, a writer received a death sentence fatwa issued on television by a cleric. Wilms movingly captures their resolve as people seeking justice and their creativity and sensitivity as artists.