What began as an escape from their day jobs working in advertising—for the renowned Saatchi & Saatchi agency, no less—has taken on a life of its own.

Fabio La Fauci and Daniele Sigalot’s Blue and Joy was initially two comic book characters but has developed into the name for their art career in its entirety. Now, after ten years, that encompasses an interdisciplinary media project exhibiting all over the world in a number of different mediums. Recent exhibitions have included three rose windows, made of broken and colored mirrors, positioned in an ancient church and struck by the sun coming through the church’s own window; thousands of colored capsules creating a larger mosaic; and dozens of ‘paper’ airplanes actually fashioned from aluminum. 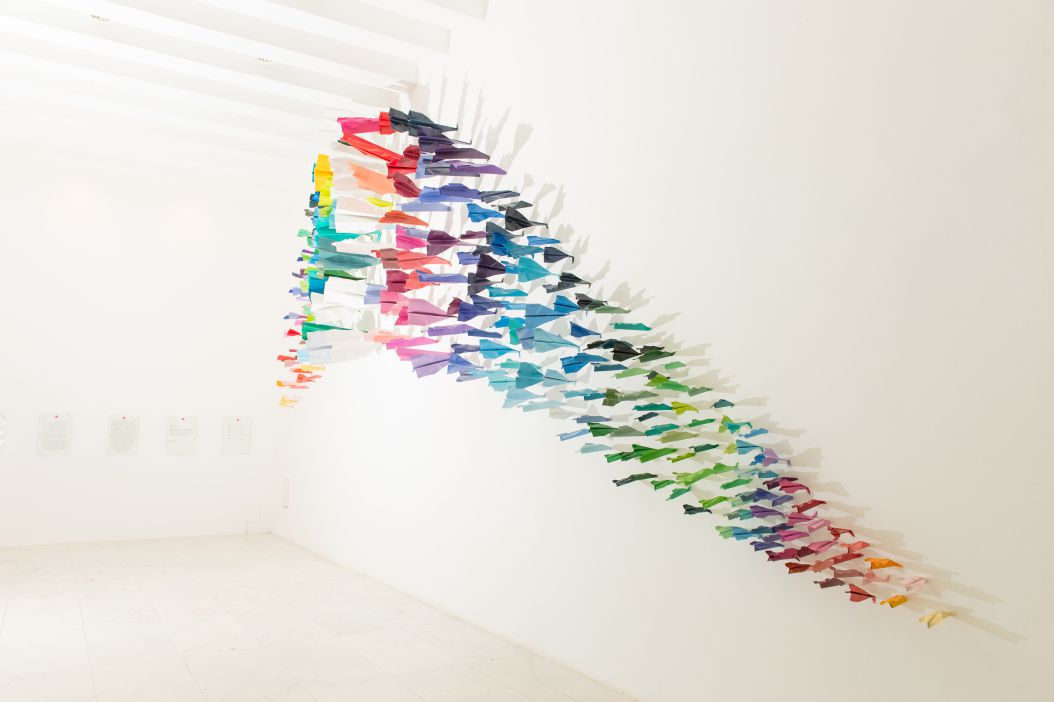 Even the Wind Gets Lost, an installation of ‘paper’planes made from aluminum, has traveled widely. Photo by: Luca Cipollone.

The arc of the Blue and Joy story is especially interesting because they started out in the commercial world and moved into the fine art world—an opposite trajectory to most careers. That kind of savvy helped make their work fully realized quicker, and facilitated an easy proficiency with visually stunning but still conceptual exhibitions. As such, their artwork has also translated back into the commercial sphere: their aluminum ‘paper’ planes installations were used by luxury brand Fendi to launch their winter 2014 collection and was featured in shops worldwide.