It has been a while since “temporary-spaces” became fashionable in mainstream urban-planning, usually in the form of orchestrated public art, over-designed “indeterminate architecture” and community-driven urban gardens. However, the most important components of the form, such as socio-political meaning or didactic potential, have been overlooked through a mix of transition-management and real-estate speculations.

Most people see the concept of T.A.Z. (Temporary Autonomous Zones) by Hakim Bey as a first attempt in underlining the importance of socio-political tactics in the creation of spaces outside of formal control. But historically many communities developed those zones inside the gaps caused by the empire’s extensions and shrinkage. Building alternative infrastructures and social cohesion inside temporary spaces in many cases led to anti-authoritarian communities—from self-sustaining villages to pirate radio stations. Later revisions by the author and the concept of P.A.Z. (Permanent Autonomous Zones) shows the importance of keeping independent status as the main challenge in the times of Structural Funds, the festivalization of urban lifestyles and the tendency towards “social innovation.”

Looking closer to architecture and its relation with temporality, one can claim that all building environments are temporal, depending from which time-distance the object is observed. Nevertheless, the unbuilt is also considered part of architectural history, showing the importance of spatial-principle, imaginary social relations and political significance of any proposal. For that reason, inside contemporary understanding of temporary architecture, we should rather think about diverse time-based scenarios, which allows multiple spatial outcomes and unexpected social relations. This learning process—open to diverse outcomes in which time is considered as a “fourth-dimension” of space proposes experimentation and curiosity instead of fixed social relations and various systems of control, currently embedded in the paradigm of the “smart city.” In the absence of the real- political, the predominant concern has been a danger of temporary architecture serving only as a trojan horse for “stabilizing” precarious cultural labor and cracks in urban development.
PrevPage 1 of 4 Next

STAYING TEMPORAL AS LONG AS POSSIBLE

Temporary spaces have become a speciality of post-Wall Berlin, allowing diverse actors and grassroots groups to develop multiple visions of society to come. Predominantly political, spaces formed inside the vacuum of the non-functional state had a strong didactic component, allowing different “professionalizations” — the consequences of which we see nowadays in the rich spectrum of independent cultural institutions. After stabilization of the authorities (planning systems in particular) and the introduction of retrograde Critical Reconstruction, temporary spaces became a sort of danger for elites wishing to mimic the pre-war urban fabric. The failure of this top-down project was (and still is) the total ignorance of the radical demographic, economic and mental changes Berlin inhabitants faced after World War II, resulting in a network of micro-political structures operating simultaneously on all spatial scales. 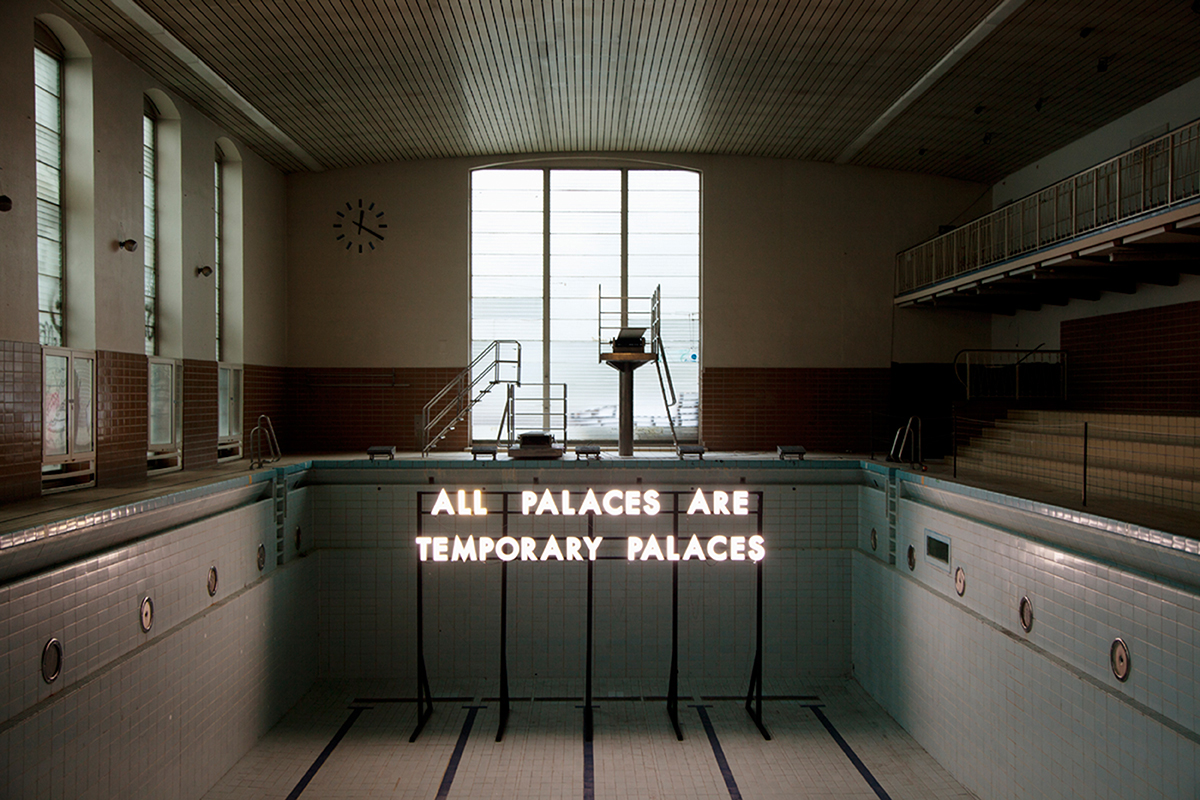 Furthermore, after realizing that temporary spaces could somehow be part of the master-plan of urban marketing, authorities introduced non-confrontational modalities, such as temporary - permissions, tax-benefits or elastic opening hours. This gray zone allowed many so-called urban-pioneers to establish their own organizations, always looking for a possibility to stay temporal as long as possible. In that period, a foundation for precarious (mostly cultural) labor was made, with strong intervention from the state in the sense of diversifying financial opportunities (grants, sponsorships, international financial networks, etc). Relaxation of political tensions, real-estate bargaining and saturation from events-driven locations characterized the current period in which spaces for experimentation are limited and peripheral.
PrevPage 2 of 4 Next

Above all, the instrumentalization of urban pioneers clearly visible in projects such as the conversion of the now defunct Tempelhof Airport or strategic planning documents such as StEK 2030 (Stadtentwicklungskonzept Berlin, or the official urban development concept for 2030 issued by the city), shifted discussion from confrontation towards collaboration, with focus on “participation.” Involvement of all citizens (including ones inside temporary spaces) is nevertheless staged by district-municipalities and mostly involves the white-middle-class with a surplus of free time. Prearranged models of participating based on compromise rather than a strong argument has been framed by the illusion of live-streamed social relations and open-data accessibility. On top, ongoing click-click urbanism makes collective knowledge production particularly complicated due to the comfort our hyper mobility is producing, in which nobody really has time for “activism.” Over-aestheticization of temporary spaces and the introduction of Berlin-like leisure-hype also opens them up to cultural-tourists, international expats and bored academics. Unfortunately, their relation with those spaces is mostly about taking and rarely giving, reducing potential for the critical pedagogy and self-empowerment which has marked Berlin’s scene since the fall of the Wall. 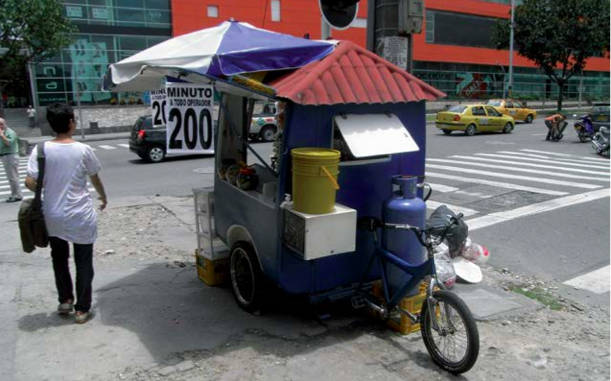 The absurdity of looking into Berlin as a role model for bottom-up revitalizations of dilapidated urban areas, when Berlin at the same time is trying hard to become an ordinary city, asks for the serious re-mapping of the fragmented urban-pioneers scene, which is fully integrated into the real-estate logic of valorizations and rehabilitations. Additionally, many actors from the scene started consulting other municipalities, political foundations, foreign ministries and diverse universities, showing power of knowledge transfer beyond locally occupied space.
More global, urban pioneers from Berlin can be found at art and architecture festivals, in sleek books, projects run by national development agencies and cultural promotion organizations. Demand for this specific type of “expertise” again shows importance of knowledge produced around the condition of instability; showcasing resilient labor of insecure future. In this know-how transfer lays the potential for micro-political empowerments, in the form of shared resistance tools, juristic advices or alternative infrastructures.
PrevPage 3 of 4 Next

However, local urban pioneers also benefit from global intercultural-communication, learning about urban tactics of the so-called “Global South.” Unconventional ways of dealing with waste, energy shortage or corrupted banks have inspired many international cooperation agents, turning them into “culture-vultures.” Urban agriculture methods from Cuba have been re-introduced as “land-reform” strategy, African SMS-banking (so- called mobile-money) presented as the future of financial flows, Chinese vendors’ infrastructure considered as prototype for the new relation between labor and place, just to name a few. All of this shows how production of “alternatives” also relies on interscalar relations between global urban nodes and temporality of its architecture. To make it simple: a gram of cocaine produced in the temporary lab inside the jungle, moved across the sea with a help of temporal disappearance from radar (via old Russian submarine, of course), ends up at a temporarily rented flat in Lichtenberg to be remixed and moved further to temporary clubs inside the industrial ruins of Berlin. A chain of multiple uncertainties and tensions or a collage of Temporary Autonomous Zones? 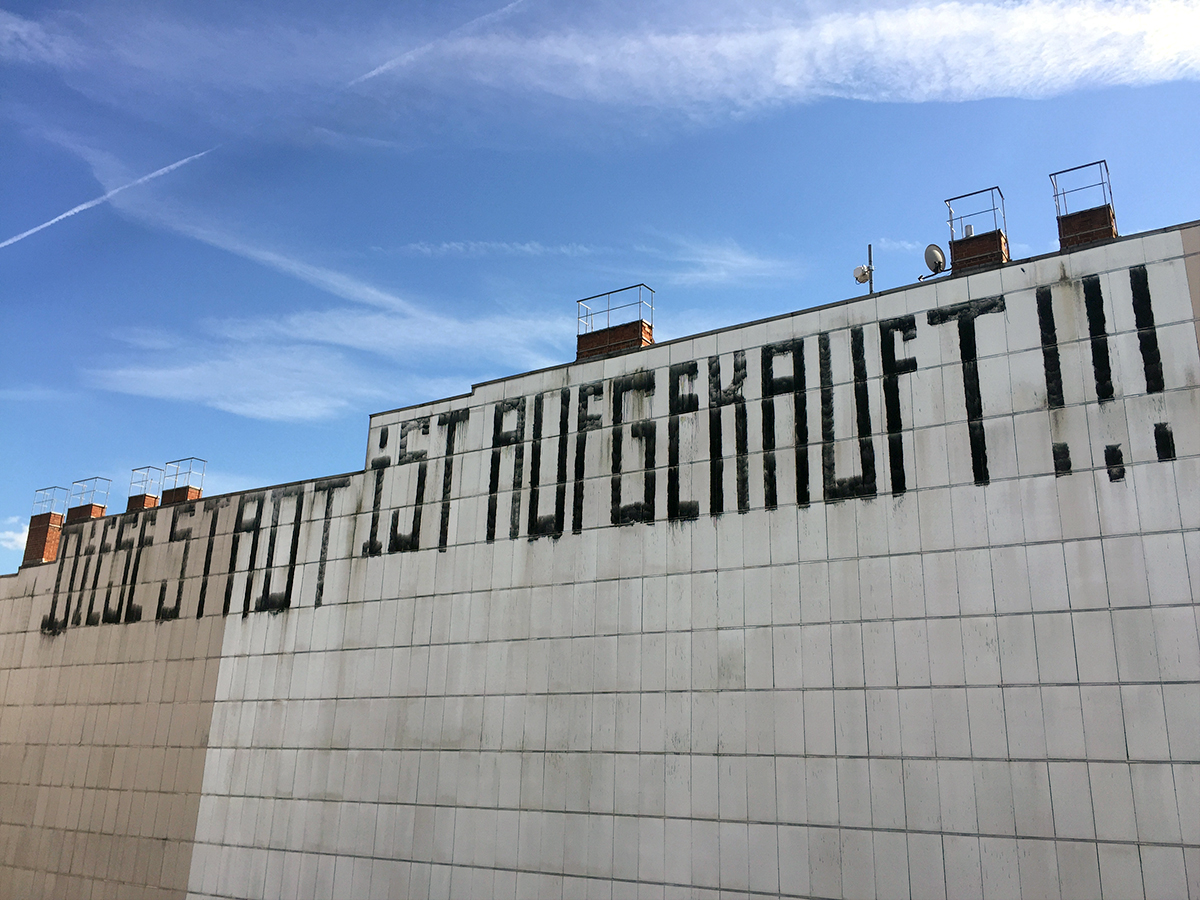 Graffiti on the wall next to PLATOON KUNSTHALLE Berlin translates to, “This city is bought up.” Photo: Marcello Dato

Seeing temporary spaces not just as spatial-cracks in urban development but preferably as places of political struggle and social mobilizations, we should confront the lack of argue-culture and underline topics such as the eviction of vulnerable inhabitants, access to public services and data security. If not, indeterminate spaces will continue being speculative goods, placed under the logic of event-management and urban recuperation. Last but not least, narratives about ephemeral place that once existed and actors involved in the creation of it produce many realities and perspectives—the main quality of the temporal spaces. Sadly enough, tendencies of augmented reality and ongoing selfie-culture shifted urban lifestyles much more towards ego-smart-shooter perspective, reducing the possible digital potential for the further development of interim spaces.

ABOUT THE AUTHOR
Miodrag Kuč is an interdisciplinary artist and urban theorist exploring the role of ephemeral structures in urban conditions and is founder of the Studio Paraartformations which operates exclusively in indeterminate space.
PrevPage 4 of 4 Next