You can trace the progress of Emeli Theander’s work, probably even from her art school years in Berlin—when, fresh from her native Sweden, she supported herself by selling screen prints at flea markets. But really we’re starting from her late noughties work as street artist Chin Chin.

Those wheat pasted paintings were the first indication of her vaguely threatening and mysterious characters. Her mastery of atmosphere has grown ever more refined since her 2010, six-month residency at PLATOON KUNSTHALLE in Seoul, which time must have been a turning point for Theander. Afterwards, she put Chin Chin on hold to focus on her oil painting and drawings. 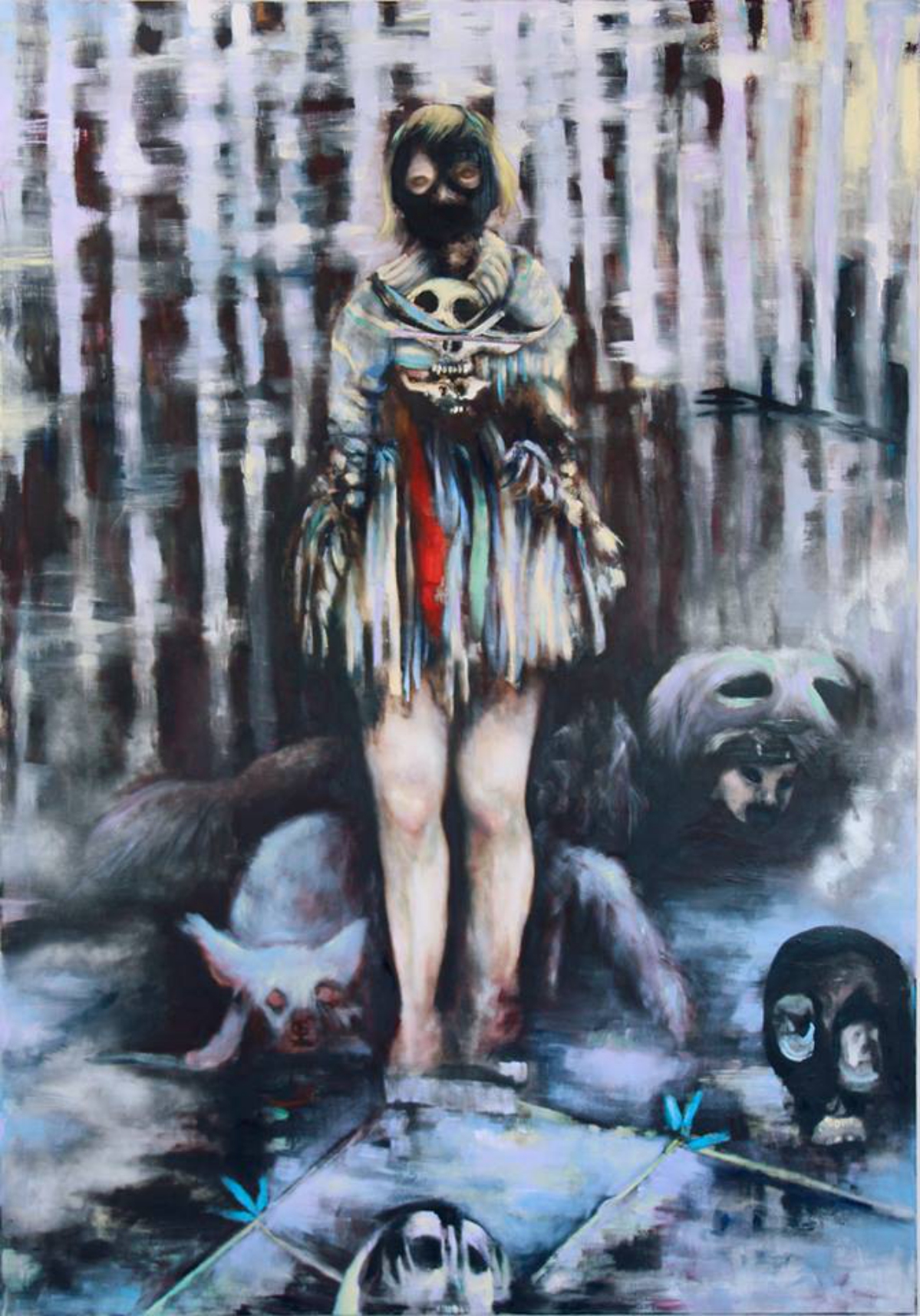 Noize (2015) leaves the viewer to wonder if the girl depicted is victim or predator. Photo: Courtesy of the artist..

And, as was promised by her street art, it is the stuff of nightmares. Not entirely of the monster variety, either—although she has an entire series of paintings called Skin Walkers that could be categorized as such. It’s really the sense of foreboding and the unknowable that permeates her images. Formalistically, you could attribute that to her use of a heavily gray palette and her propensity for blurs and smudges—all of which lends a dreamlike quality to her canvases. And while there’s horror, there’s also fascination and wonder, giving depth to her unique supernatural portraiture.
Operations
Member-Feature
COMMUNICATION / ARTS
Report
HEALTH / ENTERTAINMENT / ARTS
Urban Communication
HEALTH / ENTERTAINMENT