With colorful bodies either alone or fused and crowding the eye’s attention, they radiate their vibrant, playful mood in exhibitions or spots all over her native Seoul, South Korea. While many appear to be vaguely humanoid or some kind of gelatinous fauna, her later work especially embraces anthropomorphized abstractions—the culmination of the fluid geometrical lines of what she calls, “Organicism.” 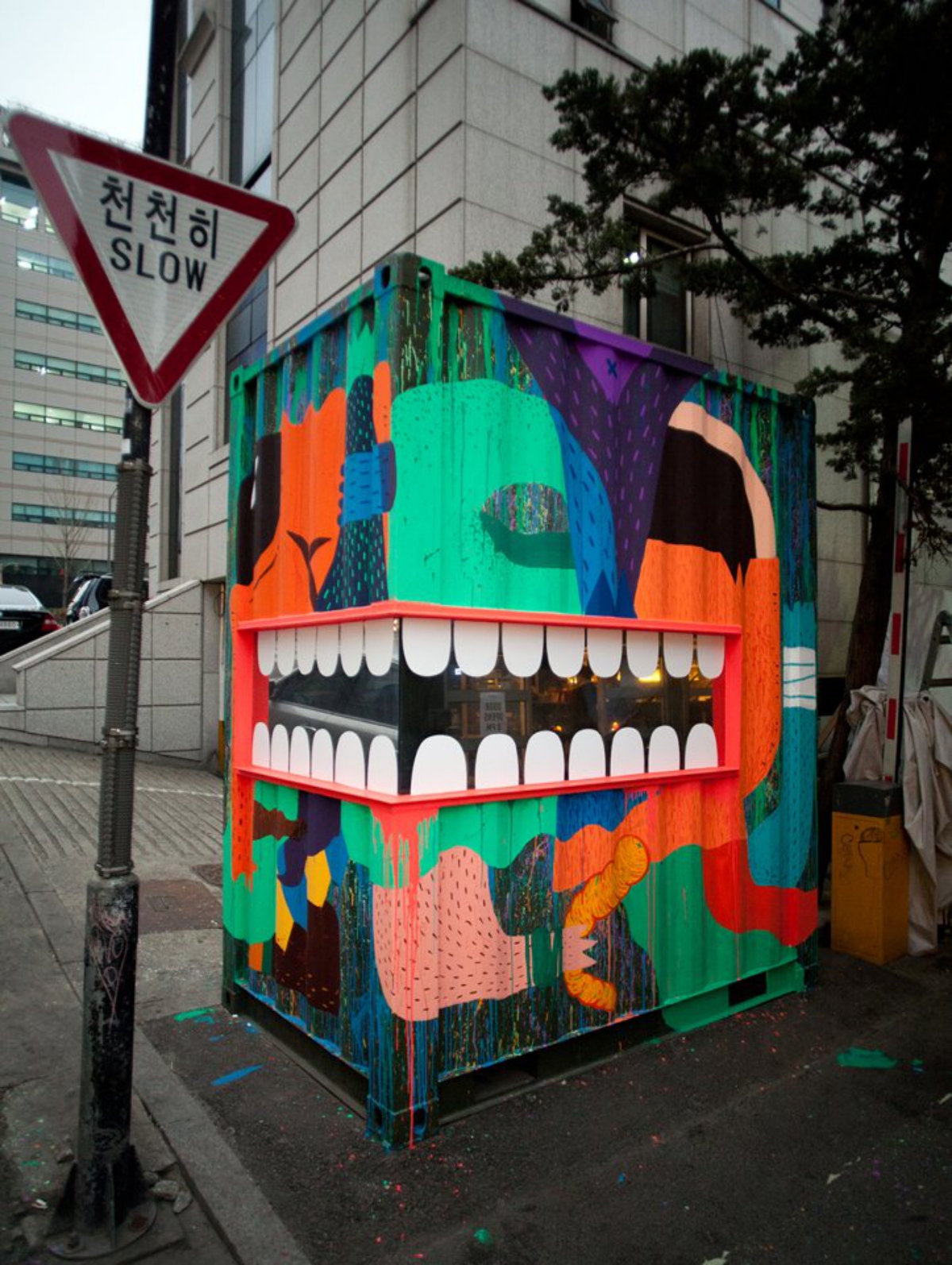 Wall paintings on the façade of PLATOON KUNSTHALLE Seoul in 2011. Photo: Courtesy of the artist.

Her imaginings of new life-forms taking shape out of inorganic objects—the root of Organicism and her primary inspiration—reflect not only an inner life of the city, but also its interconnectedness. Young perceives the city as one giant organism, constantly evolving, moving and metamorphizing in its most basic of quests: survival. With her favored materials of acrylics and markers sometimes augmented by plastic tape or electric wire, she gives all of the parts that make up the city—however small, like bits or torn cardboard or even a discarded toilet seat—character and personality a teeming, bright, cheerful liveliness. Seeing her work is surely a mark of a city in good health.
Operations
Member-Feature
COMMUNICATION / ARTS
Report
HEALTH / ENTERTAINMENT / ARTS
Urban Communication
HEALTH / ENTERTAINMENT