The name of Houston-born, Berlin-based producer Lotic’s new release of 8 tracks of unsettling experimental dance concrète is Agitations, but that could be a motto of sorts.

Whether it’s with his spiky productions across a handful of EPs, his assertive persona or his DJ sets designed to stir up a dancefloor, J’Kerian Morgan has a tendency to shake things up - agitate, if you will. As a gay, black artist, Morgan has found a way to foreground his politics aesthetically by making music you can’t ignore and will not be denied. 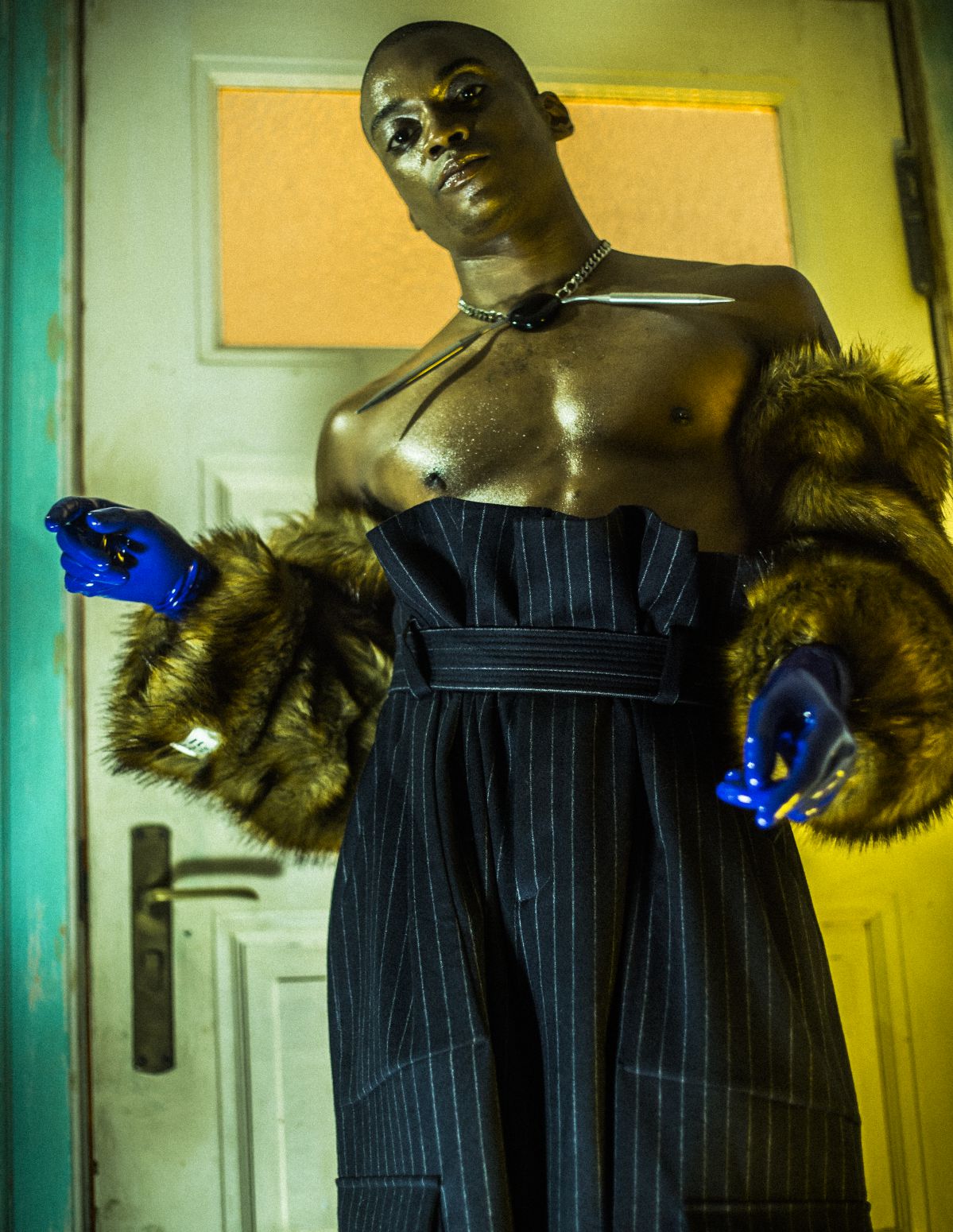 In this outtake from a commissioned photoshoot for Dazed Magazine, photographer, filmmaker and PLATOON member Matt Lambert (see Issue MEMBER #7114#1 for our interview with Lambert) brings out the high-fashion in Lotic’s unique look.

It’s an approach that has worked on multiple levels. Not only is the music unusual and exciting, it has caught hold of some influential ears. While he already had a devoted local community, within the past year Lotic went from signing and releasing with respected underground label Tri Angle to becoming a favorite of Icelandic experimental pop star Björk. He not only remixed her track “Notget” - from her most recent album, released earlier this year - she also asked him to open for her Berlin performance this past summer in front of thousands of people. And while some may not understand what he does, few can deny its attraction.
Operations
Member-Feature
COMMUNICATION / ARTS
Report
HEALTH / ENTERTAINMENT / ARTS
Urban Communication
HEALTH / ENTERTAINMENT