Witty, macabre, mischievous and surprising, American artist Mark Jenkins has refined the art of the double-take. After inventing his own technique of casting objects using packing tape and plastic wrap, placing the resulting tape sculptures in situ creates surreal urban theater for any passerby.

Later moving on to casts of his own body with newspaper and cement and clothing them, the hyper-realistic anthropomorphic beings soon found themselves in all sorts of absurd, alarming or reality-bending positions, both on the streets and in the gallery. Now his creations of “situations that turn the world into a stage,” have become literally a stage, as the backdrop for an adventure by Montreal-based artist Audrey Guérincharacter Aude in an upcoming collaborative film. 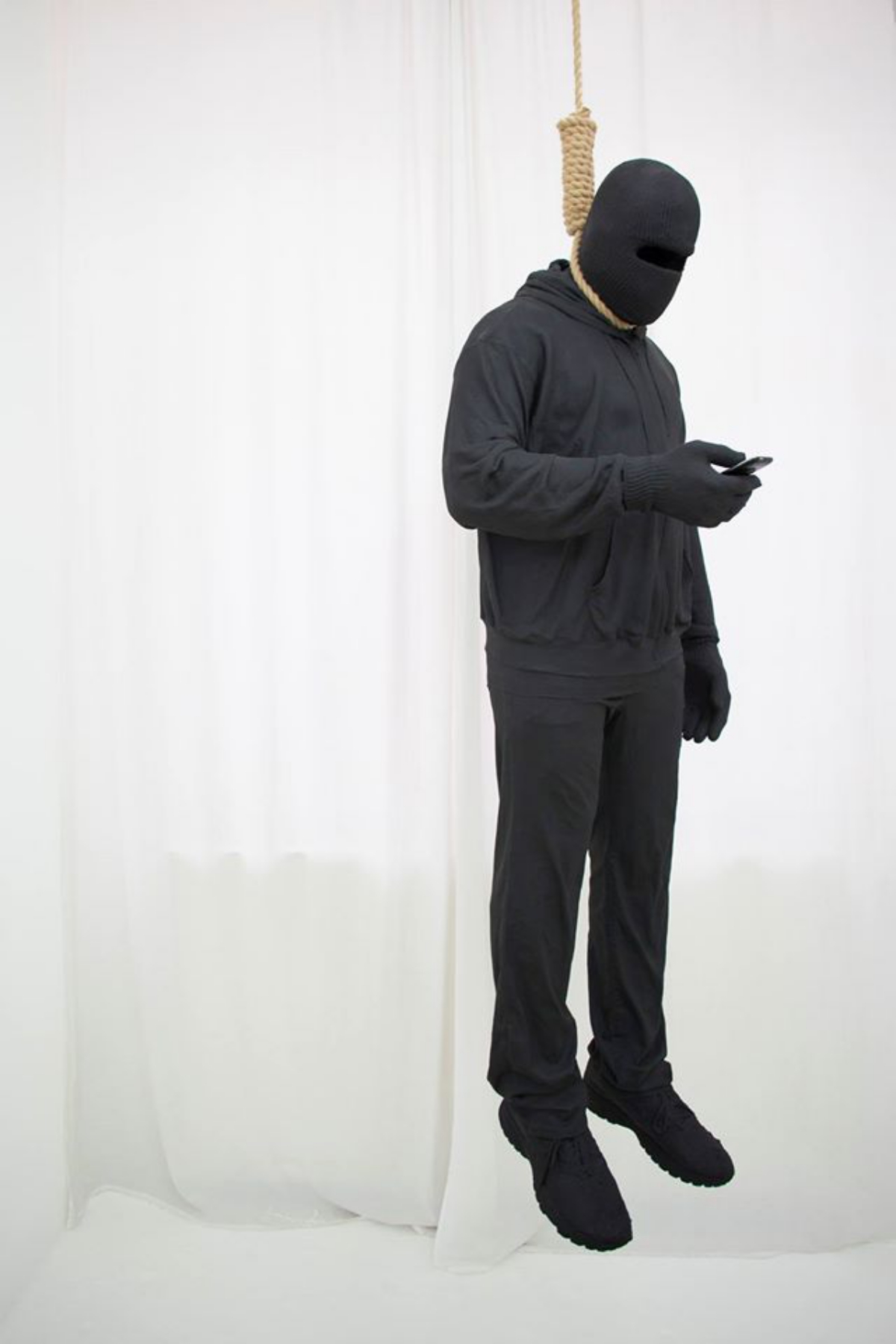 Jenkins’ work Till Death Due Us Apart as seen in the Terrible Horrible exhibition at Ruttkowski;68 Gallery in Cologne, Germany in 2014. Photo: Courtesy of Ruttkowski.

While much of Jenkins’ work certainly counts as street art, it contains so many layers and questions and provokes so many different responses that the term alone is insufficient. First and foremost, the question of public space and the way his sculptures affect it became especially controversial after passersby—thinking the casts were actual people—called emergency services or in one case resulted in bomb squad deployment. And while a prankster element is evident, the deeper political resonances will have you thinking long about the work long after it’s made you laugh.