Berlin’s Rosenthaler Platz is the spiritual heart of the city’s Mitte—literally translating to “middle”—district, full of shops, hotels, restaurants, and more. At this busy intersection in 2010, Berlin-based Dutch artist IEPE enlisted an anonymous team, recruited from the PLATOON NETWORK, to execute both live painting and art happening in the afternoon traffic.

In front of each traffic light, multiple cyclists dumped different colors of water-based, non-toxic paint—lemon yellow, chimney red, cyan blue, and purple violet—in front of oncoming traffic, to be spread by the wheels of some two thousand vehicles around the pavement of the city. 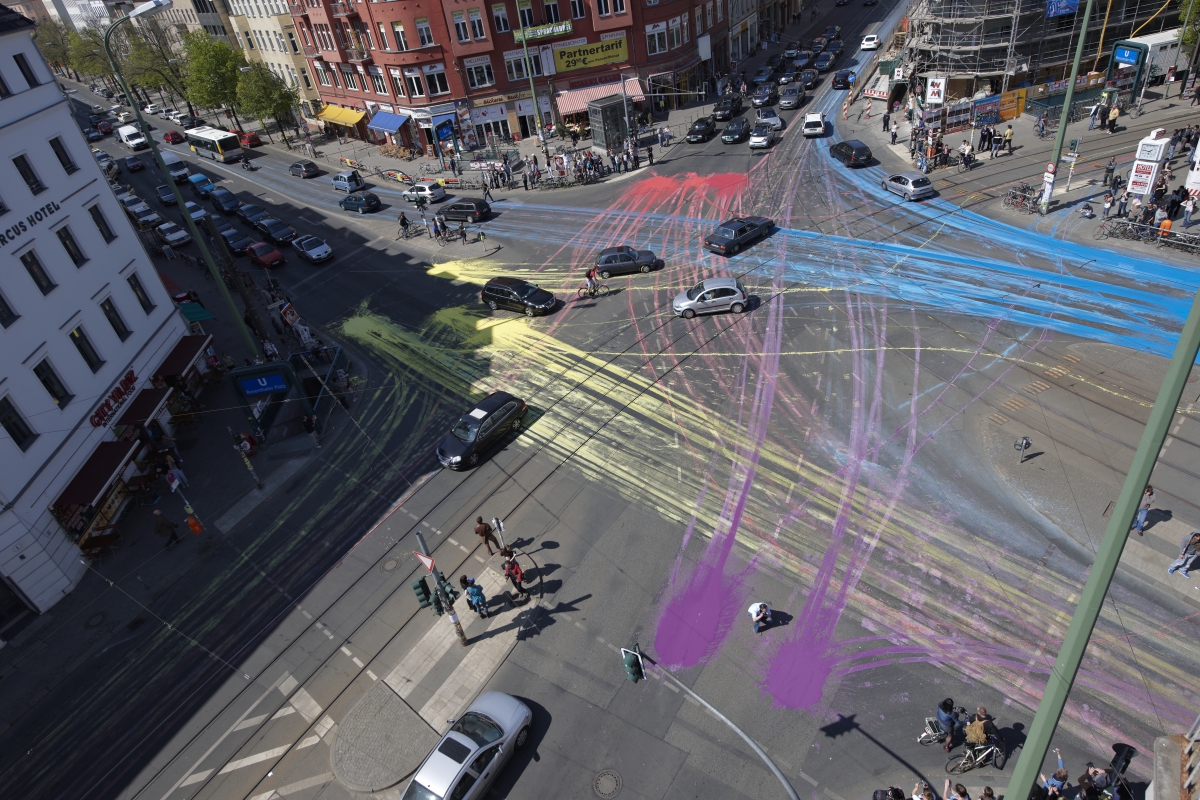 While the act can be read as urban intervention/disruption—IEPE has performed other “traffic congestive actions” in both Berlin and Tokyo; the latter city jailed him for ten days for his actions—and performance art, it’s also a witty, if literal take on street art, using the street itself as canvas and traffic as brush. With no lasting consequence for either the city or the vehicles, the tedium of slow-paced city travel gained a brief respite of confusion, color, and mischievous whimsy. It’s a performative action that worked so well, another group replicated it a year later in São Paulo, Brazil, with IEPE on-board as consultant.