Starting with an automobile made to resemble a tank, the Argentinian artist created layers of shelving all over it,filling every available space with books. This street intervention then traveled to rural areas, slums and other locations where books barely reach, distributing free books along the way. With three iterations having traversed the United States in 2001—protesting the invasion of Iraq—Argentina in 2006 and Holland in 2011, the artist has received plenty of accolades and official recognition alongside community delight. 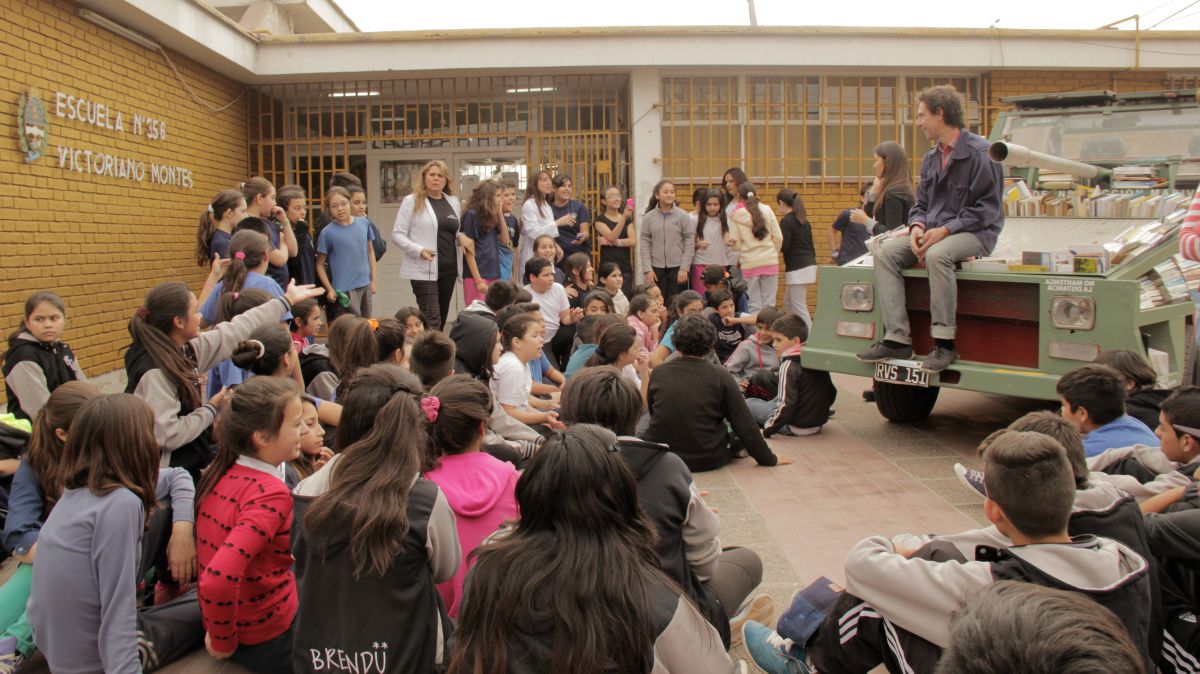 At a school in Mendoza, Argentina in 2014. Lemesoff has made a point of taking free books to different kinds of urban and rural locations. Photo: Julieta Javkin.

Weapon of Mass Instruction functions is many ways simultaneously—protest,education, sculpture, transportation, philanthropy, cultural exchange, recycling.It’s also a self-sustaining project that—aside from the version in Holland, which was commissioned by The Hague’s Writers Unlimited festival—has received no funding other than the donation of books. Such a living, active work is also a symbol for optimism and change, which has captured the imagination of the people who have encountered it. It’s even become an official “Cultural Interest”in Buenos Aires and other Argentine provinces. While Lemesoff is now working on the recovery of one of Buenos Aires oldest buildings, to transform it into a public cultural space, the affect of his most famous work lives on.
Operations
Member-Feature
COMMUNICATION / ARTS
Report
HEALTH / ENTERTAINMENT / ARTS
Urban Communication
HEALTH / ENTERTAINMENT