The documentary ART WAR by PLATOON member and film director Marco Wilms features the story of young egyptian street artists who try to start a revolution and enlighten their fellow citizen.

The film follows revolutionary artists through 2 years of post-revolutionary anarchy, from the 2011 Arab Spring until the final 2013 Parliament election. It describes the proliferation of creativity after Mubarak’s fall, showing how these artists learn to use art in new ways - as a weapon to fight for their unfinished revolution.

Before the screening of the film at PLATOON on the 19th of April, we have talked with Marco Wilms about his recent work.

What inspired you to go on this journey and start shooting ART WAR?

I was inspired by the pictures in tv reports about the Tahrir square. Instantly, it was clear that it is a very important and unique moment in history. Also, Egypt is the birth place of human civilisation and art.

Please describe the conditions in which you have been working on this documentary?

It was mostly a one man band. I was equipped with a gasmask (for the tear gas in the riots), helmet, one bag for the lenses in front, one big back pack for the rest of the equipment, camera on a rig in my hand. That also enabled me that I was able to run. 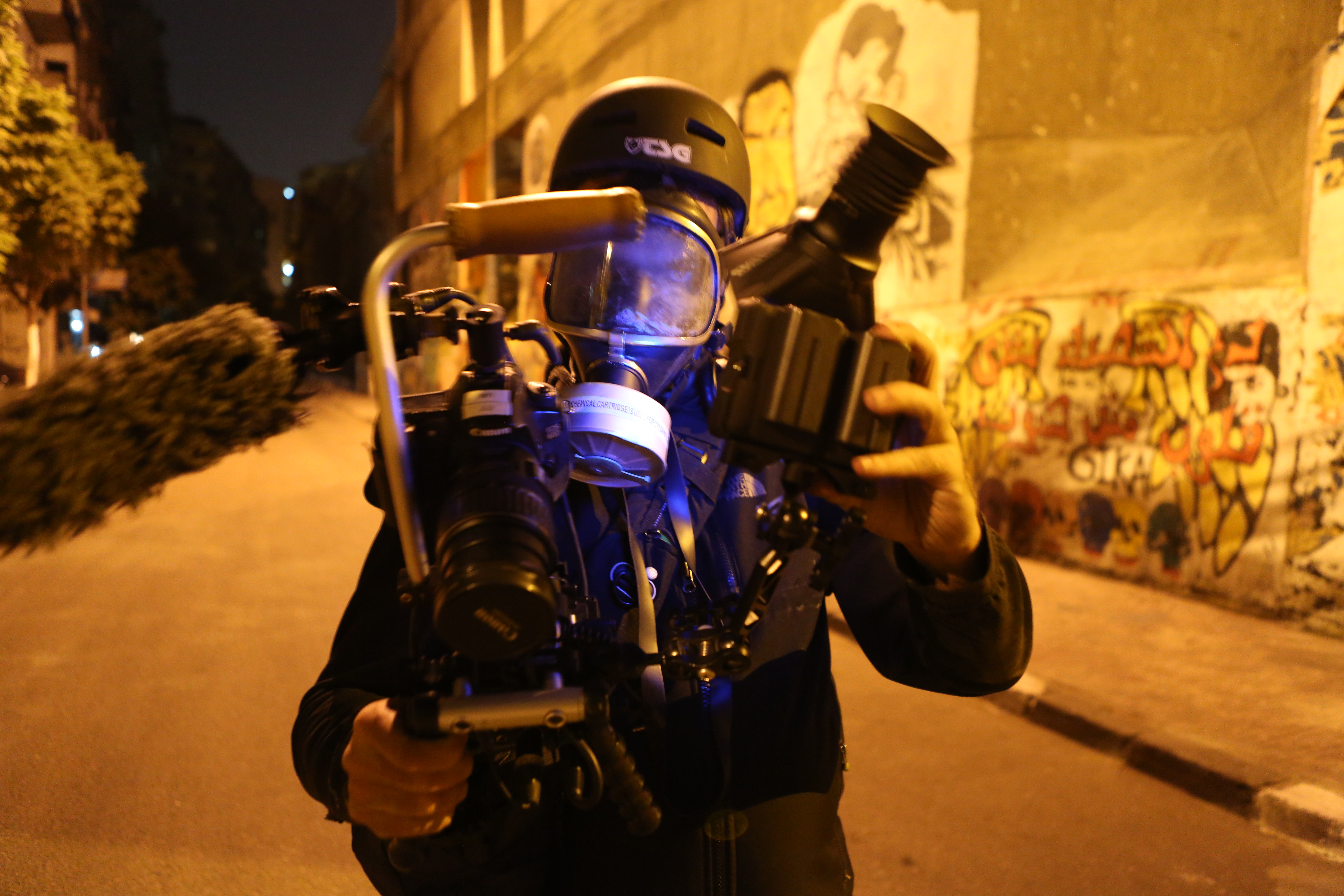 Street art at the "Wall of freedom"

How have the unpredictable events during the period of shooting influenced the storytelling, how much did you follow the script?

I had no script. It is impossible while filming in the middle of a revolution. Often it has happened that in the morning I did not know what the day will bring and what I will be able to film. But I got used to it. I was swimming like a fish with my street artists on the street through the chaos of the revolution. It was only possible that in the last part of the shooting we set up things, like the Sufi boat in Luxor in order to film the bigger frame of the movie. Also, we have talked a lot about the details of their work.

Which difficulties have you encountered while getting in contact with the artists that make up the voice of your film (like gaining their trust)?

All of them understood from the very beginning that I was on their side. I was very close to them, it was just me, the only foreigner in the group. Sometimes it was as if I didn't exist. Everyone spoke Arabic which I don't understand, but for me as a film maker it was great, very authentic. Sometimes I slept on the ground of their apartment. I think my work was okay, but not so important for them. They had bigger issues. Fighting for the revolution or being on time with their graffiti was important and everything happens quite spontaneous and fast.

My only problem was that my foreign face and the camera generated more attention during spraying, which could have taken a few days. At the beginning I had to be very attentive and needed to adapt to the fast pace so that I could follow them. After a while it worked well, relationships were improving. I have become a close friend of Ganzeer. Other graffiti artists, who were very easy working with at the beginning, became very famous the second year and became difficult business men. 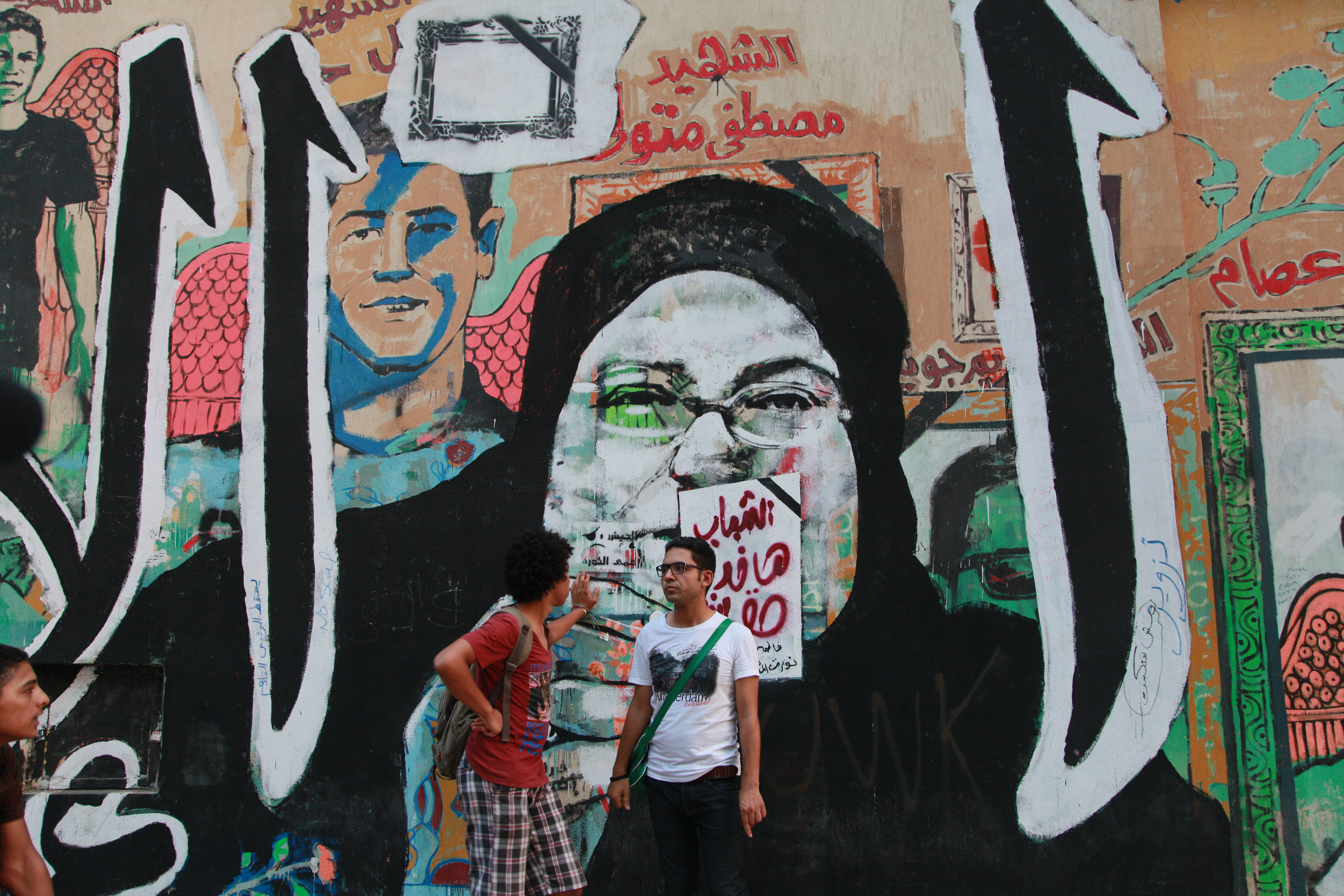 Which artistic actions and projects did activate and energize citizens the most?

All of them, in different ways, were genius in activating the people on the street, as you can see in the film. That makes their works so unique; it has a huge political influence and is a great art at the same time.

As stated in the film, revolutions are history’s engines. How would you compare experiences of radical change you went through in Berlin back in 1989 and recently in Egypt?

It was great to be life in the middle of an uprising and make a film about it. 1989 I was here when the Berlin wall collapsed, too, but I did not film. I was too young at that time and more a painter. So I had my second chance in Cairo, with the guys who were in the same age like me when the Berlin wall fall.

The film shows us contrasted and intense scenes, on one hand riots and torture, but on the other hand also people’s unconditional hope for a change. What did you personally learn out of it and how did it impact you?

I still think ideas and powerful minorities can change societies. The time will come. The artists in Egypt had the right ideas, they had a solution. The society was not ready. The main problem are centuries of repression by Islam and the very oppressive hierarchies of society. People in Egypt have never experienced freedom and democracy – therefore it was difficult to convince the majority of the people to accept all this violence. 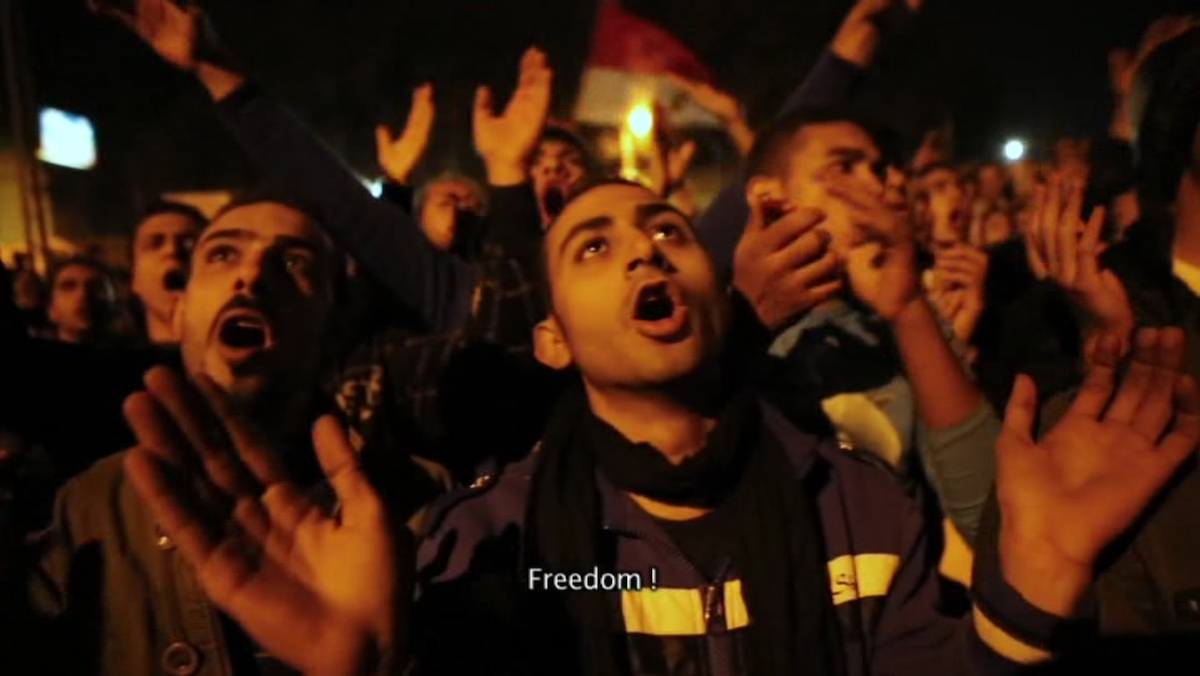 What has changed for the people and the main protagonists, what did the revolution bring?

Hopefully, a new awareness. The time will come! I am happy to screen ART WAR for the first time in Egypt then, despite the fact that official screening there have not been possible. We have had 130 festivals worldwide and won 6 prizes.

In which direction art in Egypt is developing, what are the main themes and views the artists present nowadays?

Time is frozen. Because of the political work of the artists their lives were in danger so they have left Egypt and are having great careers to follow.