If it’s a truism that the Dutch have a strong culture of design, then Studio Roosegaarde are the logical conclusion.

The brainchild of artist Daan Roosegaarde, the award-winning social design lab went viral this year with the introduction of the Smog Free Tower, which acts as a giant air filter creating a bubble of one thousand cubic meters of clean air. Examining their work related to mobility—namely, Smart Highway and Van Gogh Path—it’s the simple elegance of their ideas that inspires design awe.

Both collaborations with Heijmans Infrastructure, a Dutch developer and engineering firm, Smart Highway uses specially derived paints—smart paints, if you will—one of which charges during the day to glow at night for eight hours. Not only does it make the roads energy neutral and renewable, it also renders the landscape in Tron-like beauty. Another dynamic paint lights up or becomes transparent depending on temperature, warning drivers of potentially slippery conditions. There’s also the Electric Priority Lane, which charges cars while they drive. 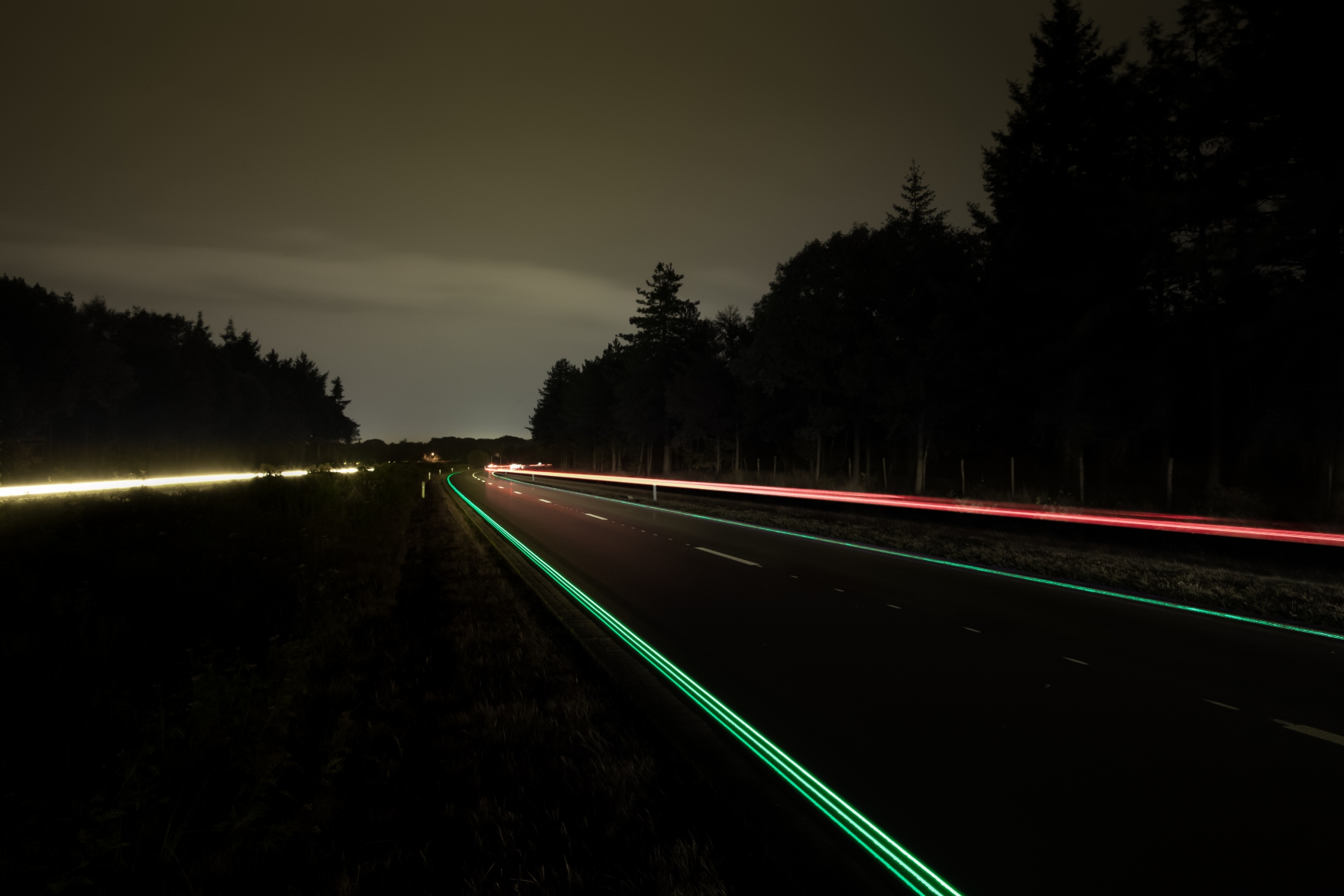 These Glowing Lines, already implemented in a section of highway in the Netherlands, are the first step to a fully Smart Highway. Temperature-sensitive paint and lanes that can charge electric cars via induction while driving on them will complete the plan. Photo: Courtesy of Studio Roosegaarde.

Van Gogh Path is a bicycle path in Neunen, NL, using thousands of incandescent stones glowing at night, patterned in homage to the famous Dutch painter, who made his first major work there during his short residency from 1883-5. While Starry Night rather than The Potato Eaters is the reference here, the stones charge during the day and enchant the area at night—in an energy-neutral,renewable fashion, of course.

Both Van Gogh Path and the Glowing Lines portion of Smart Highway havealready opened in certain locations in the Netherlands. But these concepts couldbe implemented everywhere immediately, such is their ease of installation.While others look to the vehicles that will drive mobility, Studio Roosegaardguides the infrastructure to beautifully match in innovation.
Operations
Member-Feature
COMMUNICATION / ARTS
Report
HEALTH / ENTERTAINMENT / ARTS
Urban Communication
HEALTH / ENTERTAINMENT