If the man/machine has been a popular concept for the past 50 years or so (or even longer), Japanese artist Irie Takahito brings new poignancy to it. It’s the topic that underpins much of his work, especially his ongoing project H/U/M/A/N/M/A/C/H/I/N/E.

While exhibitions have included installations,video, projection, illustration and performance, the centerpiece of H/U/M/A/N/M/A/C/H/I/N/E is the documentation, especially photos, of his painting of the skin of others. Drawing from popular Japanese culture and pseudo-African ceremonials, the colorfully precise coverage combined with his models’ straight-faced expressions create an illusion of something more than human, referencing both the ancient and the futuristic. 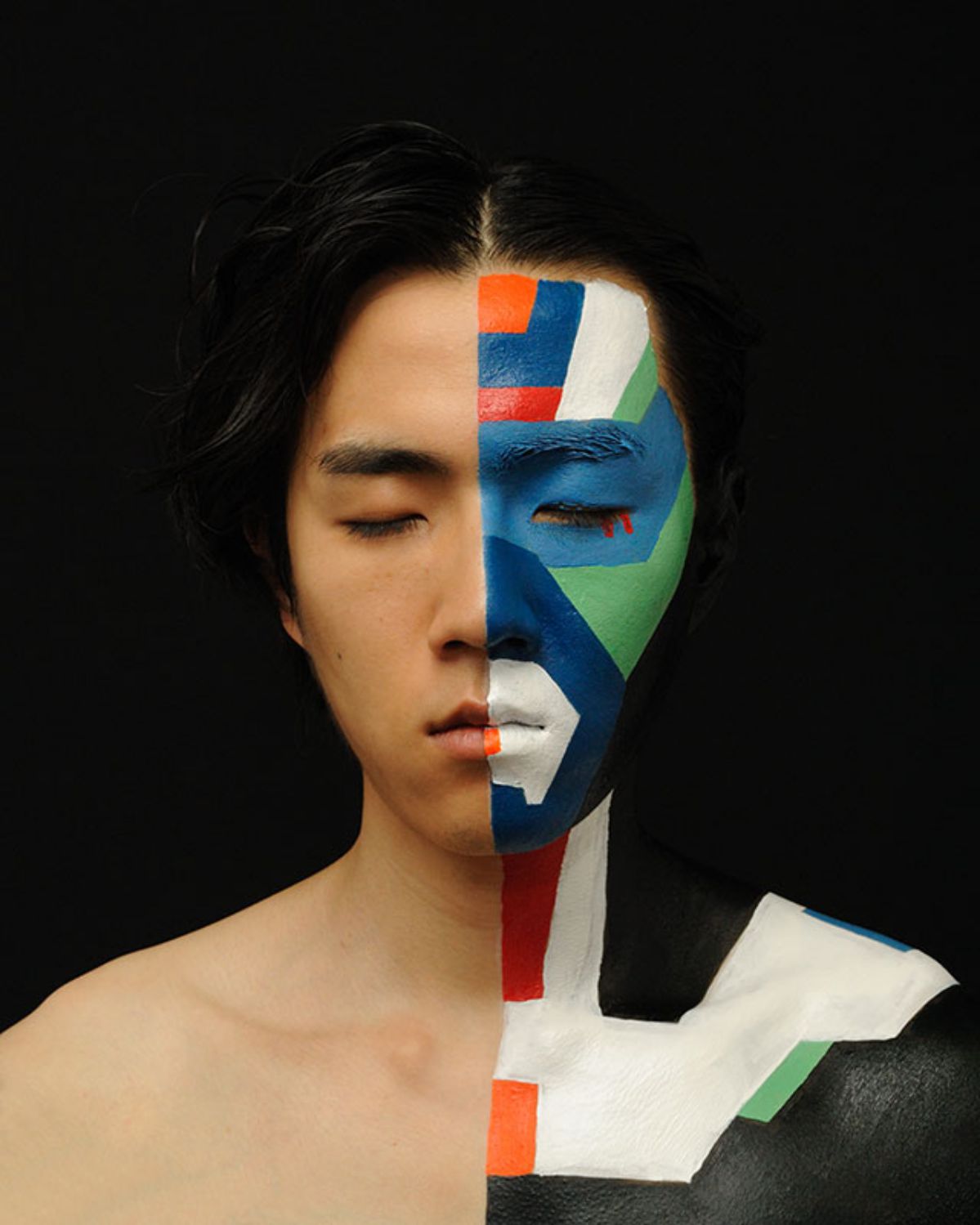 Although Irie has a number of works, ultimately they all relate back to the larger H/U/M/A/N M/A/C/H/I/N/E project, such as this one fromhis Metamorphosis series.Photo: Courtesy of the artist.

Takahito is so committed to the project, he’s even had the title tattooed on his lower-back, itself an alteration of his body, or as he puts it, “ a stamp from technology.” In the current climate of ever advancing robotics and artificial intelligence, the notion of the cyborg in some form or fashion seems less like science fiction and more like inevitability. Despite his subjects’ expressionlessness, Takahito’s careful covering of their surfaces doesn’t obscure their humanity but adds to it, transforming it into something more. There’s a lot of both positive and negative implications to ideas of modifications—both of the bodies and of our desires—through technology. H/U/M/A/N/M/A/C/H/I/N/E manages to capture the conundrum in that.
Operations
Member-Feature
COMMUNICATION / ARTS
Report
HEALTH / ENTERTAINMENT / ARTS
Urban Communication
HEALTH / ENTERTAINMENT