For artists, having an interesting history alongside interesting ideas is not a requirement, but Tina Winkhaus possesses both—which has surely affected her work.

Born into a privileged German family, Winkhaus cultivated a gambling addiction by the tender age of 16. Forced by her family to choose between a job and therapy, teenaged Tina responded to her love of acrobats, artists and con-men and became a circus photographer, then going on to study photography formally. Since then, the award-winning artist has not only had continuous gallery shows, she has also exhibited internationally in museums. 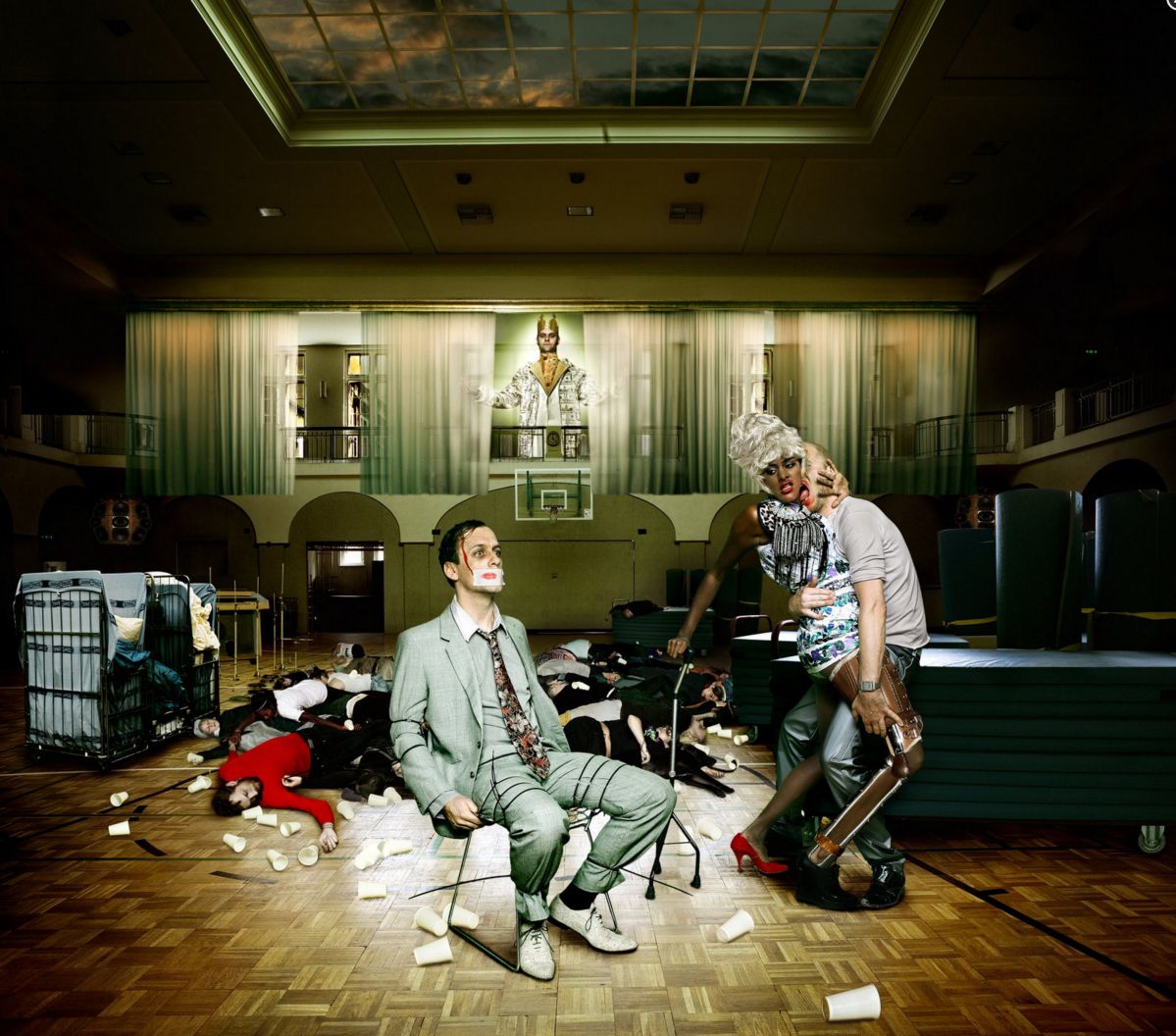 One For All or How I Learned to Believe in God (2007) displays Winkhaus’ eye for classic composition in a thoroughly modern setting. Photo: Courtesy of the artist.

Her portraits—because they’re definitely portraits, even if the subjects have included a flock of flamingos and a bouquet of flowers—are rich with post-production to create beautifully saturated images that often recall the elegance of classical painting and portraiture; the full title of her Disparate series even states that it was inspired by Goya. But with a decidedly modern perspective and ample evidence of her affection for curiosities, the chronological disconnect generated is pleasingly confusing. And although her pictures are often dark or macabre, there’s regularly a wry humor at work. There are many layers in each Winkhaus photo—one suspects the same is true of the artist herself.
Operations
Member-Feature
COMMUNICATION / ARTS
Report
HEALTH / ENTERTAINMENT / ARTS
Urban Communication
HEALTH / ENTERTAINMENT